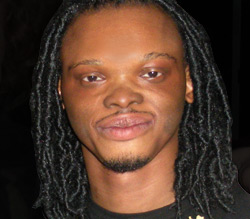 When Grand Valley State University alumnus Gregory Mason graduated last year, he said he knew he wanted to work with the LGBT community in Grand Rapids. Mason grew up in Detroit before coming to GVSU in 2005 to earn his social work degree, and as a member of the LGBT community himself, he found a stark difference between how taboo LGBT issues were in his hometown versus the more rural communities.

“…I was working with the Grand Rapids chapter of GLSEN (Gay Lesbian Straight Education Network) that work with GSA’s (Gay Straight Alliance),” Mason said. “A lot of those GSA’s are predominately in the Caucasian schools; they didn’t have any in the inner city schools.”

To Mason, education and awareness surrounding LGBT issues – especially in minority demographics – is key to making progress and it is in that mission that Mason is kick-starting his own awareness project called LGBTCollege. Through the project, Mason hopes to raise awareness of the support and resources that college campuses bring to college students.

Post-graduation, Mason found a job in case management working with foster care, and although he saw good in his new role, he didn’t find the same passion he did while mobilizing with GLSEN and other LGBT advocacy efforts.

“You know, I got this degree I went to school for all these years for,” he said. “I really want to do something I’m passionate about.”

With his new website, which has gotten over 1,200 views since its launch in November, Mason hopes to give both LGBT students and advocates a forum in which to share their experiences, stories and opinions through a blog series called the “3P Series,” wherein posters will write about personal experiences, public opinion and professional issues all related to being LGBT or an advocate of LGBT.

Though all forms of LGBT advocacy and support are important components of Mason’s new mission, his journey of self-discovery and acceptance, while also growing up in a place where the topic was avoided more often than not, has caused him to emphasize the project’s role as a medium that can aid in developing a more comprehensive and inclusive definition of LGBT in minority communities.

“When you look at LGBT in the media, it’s predominately white faces on it,” he said. “Different cultures deal with this so why aren’t we equally showing this? That’s why it’s hard for black families, Asian families and Latino families to understand the LGBT community.”

Once it is more established, a portion of the proceeds from LGBTCollege’s website will go to supporting advocacy and awareness of LGBT youth homelessness – a cause Mason became close to while at a West Michigan panel on local support efforts.

“I thought that it would be a great opportunity for LGBTCollege to have an area of support that our proceeds can go to,” he said. “Not just the website, but something to support and do good through and help out in the community with.”

He’s looking for support through donations, but also welcomes any local businesses or organizations to sponsor his efforts, which he has been supporting largely with money out of his own pocket. In the short term, Mason said he hopes to organize a college tour over the summer – an educational crusade of sorts – and in the long term become a widespread campaign of community networking, support and awareness.

“At the end of the day, I want this to be something for people to share their experiences and education others,” he said.