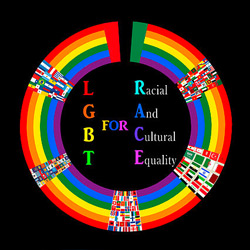 With sheer willpower, a $1000, and help from film volunteers he recruited on Craigslist, Gregory Mason has managed to produce a feature length film called LGBT for RACE (Racial and cultural equity).

“It’s basically a documentary that I wanted to see what was the past, present, and future of the LGBT community as far as race and culture relationships.”

The film includes interviews with LGBT activists in New York and LA, which Mason says, were not so easy to get.

“I’m not a well-known person, so it was difficult for a lot of people to take me seriously and actually want to do an interview and that sort of thing, even knowing the subject matter.”

The film will show at Wealthy Theater on March 21 at 7:00 p.m. Half of the proceeds will go to LGBT College. Tickets to the event can be found on Wealthy Theater’s website at theater or picked up at the venue.